The Ho Centre is thrilled to announce its 2021–22 speaker series Buddhism and Posthumanism: Questioning the Place of Humans in Multispecies Environments, which features climate researchers, activists, and Buddhist studies scholars focused on reconsidering the place of humans in an interconnected world.

What is posthumanism? Posthumanism acknowledges that humans are an animal like any other and that we are but one equal element in the diverse web of nature. As such, posthumanism also acknowledges that the pursuit of human progress should not presuppose human supremacy, and that non-human animals should have the conditions necessary for their own flourishing as well. In light of humanity’s current course, it recognizes too that destructive environmental practices harm a vast network of beings, humans and non-humans alike, threatening our collective futures.

Many aspects of Buddhist traditions resonate with these ideas, such as Buddhist models of self-cultivation and of generating compassion for all beings. Yet deeply embedded notions of human superiority sit in tension with these same posthumanist ideas. The aim of this series, then, is to explore Buddhist resonances, departures, and contributions to posthumanist attempts to meet the present climate emergency, and to consider paths forward involving individual and collective action.

You may register at any time to join a lecture. Your registration is valid for the whole series, and you may attend as many lectures as you like. You will automatically receive reminders for the lectures.

This series will feature Zoom meeting conversations with five leading figures in the field, all talks will begin at 3pm Eastern time. These are:

Facilitated Discussion – TBD (April or May 2022) 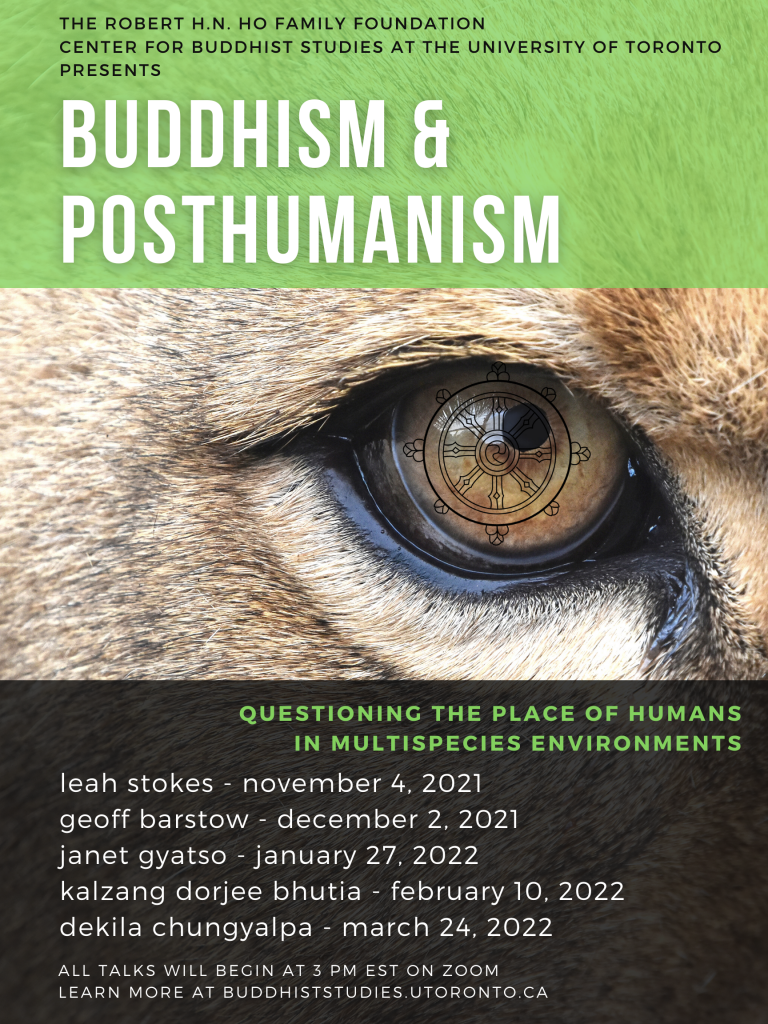