On May 31, His Holiness the 17th Gyalwang Karmapa Ogyen Trinley Dorje opened his first visit to Canada on our campus. Convocation Hall filled with 1500 people who wanted to hear the head of one of the largest schools of Tibetan Buddhism and the incarnation of the Bodhisattva of Compassion. Born in 1985 to a traditional nomadic family in the high mountains of western Kham in the southeastern part of historical Tibet, Ogyen Trinley Dorje was recognized at the age of seven as the next Karmapa. He was enthroned in the Karmapa’s traditional seat, where he resided until he escaped to India in 2000. In the last ten years, His Holiness has established groundbreaking initiatives in the Tibetan Buddhist world, promoting environmental sustainability, vegetarianism, and full monastic ordination for women. His Holiness gave a teaching sponsored by the Ho Centre, titled “Mindfulness and Environmental Responsibility.” His Holiness opened by reflecting on the site of Toronto as a gathering place for diverse peoples. His Holiness contrasted Canada’s multicultural vision with one of immigrant assimilation, expressing appreciation for the way Toronto’s immigrant communities maintain intergenerational cultural identities and serve as ambassadors to their cultures.

Audience members posed difficult questions that bridged the psychological and the political, and His Holiness’ responses, mostly given through his uncommonly erudite and eloquent personal interpreter, were uniformly clear and inspiring. When asked about how to enact change in the world, His Holiness explained his path to vegetarianism. “I didn’t just like eating meat, but I loooved eating meat,” he joked about his youth growing up in a Tibetan nomadic community. But, he explained, as he received his Dharma transmissions and reflected on compassion for sentient beings, meat appeared differently. He eventually stopped eating it and began advocating vegetarianism as a commitment to decreasing suffering. He suggested that social change, similarly, happens through individual reflection on how our ingrained habits are tied to oppression, commitments to change one’s own habits, and involvement in movements within one’s own community. 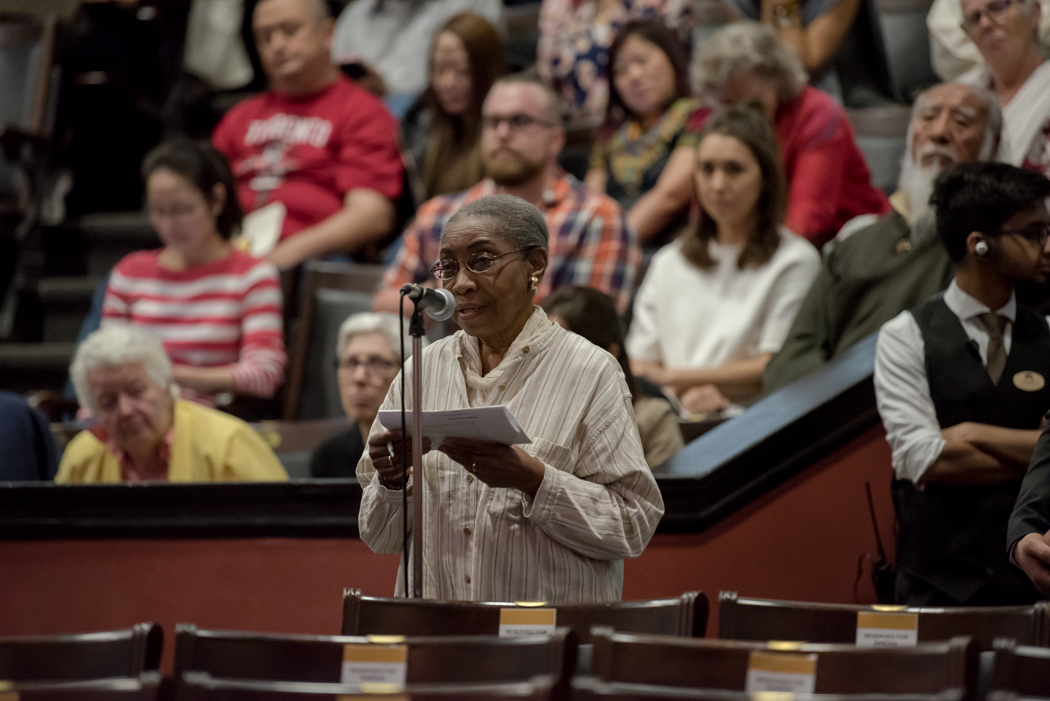 The next day, I was among a group of Buddhist Studies students and faculty who, along with students and faculty from the Centre for Indigenous Studies, Emmanuel College, and the School of the Environment, were invited to a private luncheon dialogue on “Sustainability and the Sacred” with His Holiness. Thirty of us sat in a square of tables in the main hall of the Multi-Faith Centre, and each able to ask questions directly to His Holiness.

Sean Hillman, a bioethicist and PhD candidate in Buddhist Studies, asked about the applicability of the Buddhist ethical doctrine of non-harm to the practice of medical assistance in dying, which became available to Canadian patients in 2016. His Holiness said that literal interpretations of the teachings on the Bodhisattva practice of generosity clearly indicates that it is not permissible to give poison to others, but other reflections could complicate this interpretation. Another saying of the Buddha’s dictates that, at times, what is proscribed must be weighed against what is needed. This suggests that, in extraordinary circumstances, the most ethical action could be something that is generally forbidden. For example, there is a Jātaka story in which the Buddha, in a previous incarnation as a ship captain, killed someone because he saw it was the only way to prevent hundreds of other deaths. He concluded more dialogue between the practice’s supporters and detractors is needed to determine that all perspectives are being understood.

I asked about whether the Buddhist concept of transforming poison into medicine (presented in the Lotus Sutra) could suggest a possible place for negative emotions, particularly anger, in movements for social justice. His Holiness said that anger plays a large role in activism, particularly environmental activism, but this anger can lead to a number of negative outcomes in addition to serving as a healthy spark to righteous action in the face of injustice. However, emotions, he warned, are fleeting, and when they go, the resulting sense of powerlessness can lead to burnout or depression. Thus, successful action comes from combining emotional impetus with planning and preparation to sustain efforts into the future. As His Holiness’ visit coincided with the announcement that the U.S. was pulling out of the Paris climate agreement, I found it reassuring to hear that anger could be a natural response to negative events in the world even if it is insufficient to carry a lasting movement.

It was a great honor to have the Karmapa visit the University of Toronto and provide profound teachings so relevant to our lives. It was particularly inspiring to hear how His Holiness is putting his principles into action, using his office to personally support Buddhist temples and monasteries’ development of sustainability plans, as well as his involvement to improve gender equality by instating the full ordination of Tibetan Buddhist nuns. It was remarked upon several times during his visit that the title “Karmapa” literally denotes the one who carries out Buddha-activity in the world and his interactions at the University of Toronto reinforced the claim that he is actively engaged with embodying these religious ideals in the public sphere.

Below see the full “Mindfulness and Environmental Responsibility” talk